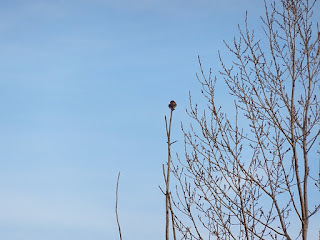 There were (I think) two kestrels; this tercel and a falcon who amused the company assembled by hovering. 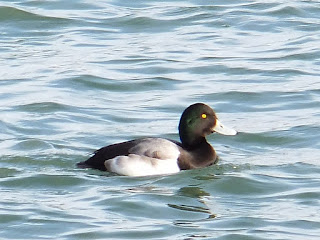 Scaup.  Very likely greater scaup, of which there are a great plenty along the Lake Ontario waterfront at this time of year. 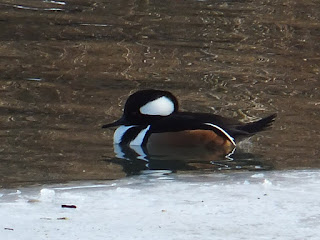 All dressed up and just not spring yet.  Male hooded merganser; reflective white and light-drinking black feathers on the same head is in some sense fundamentally unfair to the photographer.  (Or at least the little stack of chips in the Fuju F550 doing its best to make this come out right.) 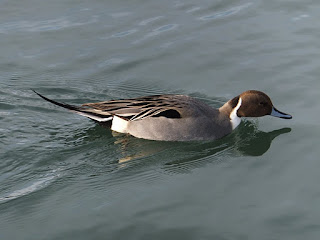 Northern pintail; this one has been kinda hanging around with the mob of mallards all winter.  Could be lost, could be sore of wing, could be lacking any compelling reason to go further south, I have no idea how one would tell. 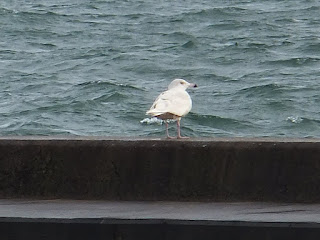 Glaucous gull!  An excellent bird for the Toronto waterfront. 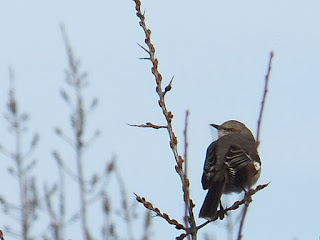 Northern mockingbird, mocking us by not being a shrike.

It was a pretty good afternoon; all three merganser species, both scaup (greater and lesser), and more ruddy ducks (15+) than I've ever seen in one place before.  No snowy owl and no shrike but really quite a good day anyway.
Posted by Graydon at 18:36