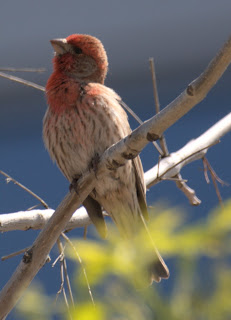 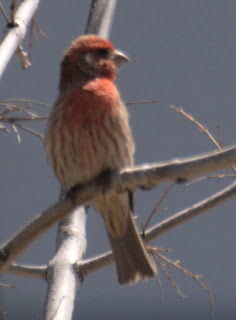 But, alas, not a finch I can identify with confidence.
If it were not for the forked tail, I'd be sure it's a House Finch; we have the pale cheek and the streaked flanks. Relative stubbiness of bill or curve of culmen I'm not able to judge, but the forked tail would suggest it might be a Purple Finch instead.
House finches are much, much more common, and the picture was taken in the middle of an office park development in Markham—many eight story office buildings in a clump—which is much more plausible habitat for a house finch than a purple finch. So I'm going to go with house finch but there are doubts.