There's a number of news stories about impending health care collapse, closed ERs, and so on.

We know with some lamentable certainty that the politics of every province in Canada (with the possible partial exception of Quebec) has been captured by mamonites.  It's been painfully obvious in the way pandemic policies have focused on protecting revenue streams over people.  (Something that is obviously disastrous in the long term, even for the revenue streams.)

From a mamonite perspective, the only insecurity management is individual and monetary; if you don't want to suffer a bad consequence, you must have the money to buy your way out of it.  If you can't, it's supposed to happen to you, and any collective action preventing the bad consequence is disputing the will of God. (Really. This is where the evangelical prosperity gospel has gone.)  Taxation is not a duty of citizenship; it's inherently immoral because it's in conflict with the will of God.

(Yes, I know what money is and where it comes from.  Mamonites do not see it as necessary to constrain their axioms with a respect for facts.)

So all the politicians consider health care collapse a feature; it does what they want.  It gets rid of single payer (and thus taxes); it gets rid of nurses' unions (anyone care to suggest how that's not a goal of the Ontario government, probably because it's a precondition of sale?  Nobody wants to buy a health care system to run it for profit when there are meaningful unions).  It lets them change policy in a deeply unpopular way that they nonetheless prefer and claim helplessness, there's nothing they can do, there's nothing to be done.

We're not going to magically see an effective policy response.  We're going to go right on seeing what we're seeing.  (And it's not like mass protest can avoid being a superspreader event.  Or would do anything; there's no belief in the legitimacy of the consent of the government.  We've quietly collapsed into full-on plutocracy.)

The other thing is that even if all the politicians were possessed by some benevolent entity that'd made a bet with the other benevolent spectral entities that it could fix the problem quickly, there isn't a fast fix.  Minimum training time for health care providers starts at about a year and goes up.

It's a bad time to wind up in hospital.  Wear your mask.

This twitter thread refers to UK data; Ontario is generally a few weeks behind the UK, and UK still collect much better data than Ontario does. 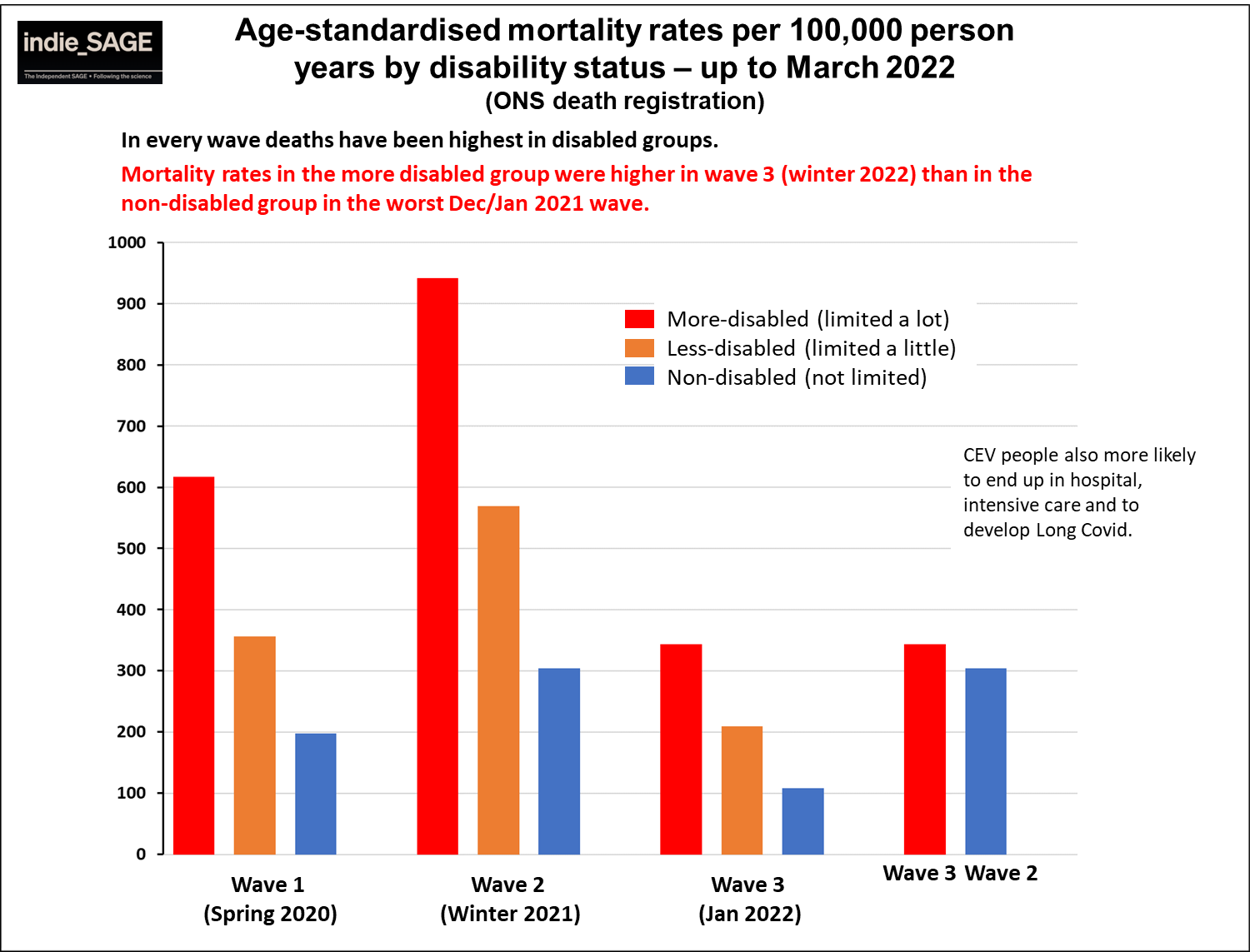 In a province where disability benefits don't even leave you impoverished (the technical term is "destitute"), do you really think the mammonite analysis of the outcomes of COVID doesn't consider this pattern of outcomes a feature?
Catch COVID enough times and you'll be disabled.  But not on the time frame of this quarter's profits, so completely invisibly to mammonite policy.  Some sort of divine disfavour, has to be.
Posted by Graydon at 01:25