Sometime after 15h00 there was an exterior clock/thermometer thing, in the bright sun on Gerard St., and it said that it was 10 C. ("Cooler near the water" has some bite to it, this time of year; the forecast high of 14℃)

45 km, no actual ow (though the right SPD cleat needs a bit of tweaking); legs apparently getting toward the slightly-underdone end of noodly.  Did not expect the parade, or the other parade.

Parade number one actually turned into a parade near the end of the ride, crossing University on College; when I first encountered it, I was down by the Exhibition grounds and the Coliseum and initially mistook it for an enormous NDP rally (lots of orange).  It turns out to be the Sikh Khalsa festival/parade, but I wasn't expecting it and the path along the lake shore was clogged.   Parade number two made it hard to get north past Queen St. at the far eastern end of the loop; I had no idea they had an Easter Parade in the Beaches, nor that it had whatever kind of clout it takes to get Mayor Ford to walk a parade route.  So I wound up struggled through the water purification plant, up the end of Queen Street, and managed to wander on to Gerard to go west and home without getting lost.  (I dislike having no GPS.) 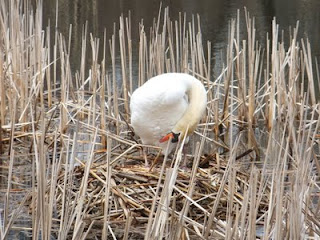 Southwest corner of Grenadier Pond. Not bad for a point-and-shoot.  You'd think I'd remember what an unspeakable horror Ellis Ave. is (steepening decreasing radius blind curve with cars hurtling down same); perhaps today's reaffirmation of the horror will stick for the rest of this year. 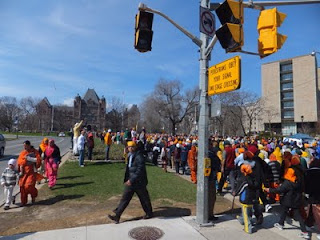 The Khalsa parade, or, rather, a tiny fraction of the Khalsa parade.  The police stopped the marchers to let streetcars through, which is also when cyclists get through.  Many cycle-cops, too; looks like most of the parade route and all the inside barriers.  (I so approve of cycle cops; it does wonders for how people drive downtown.) 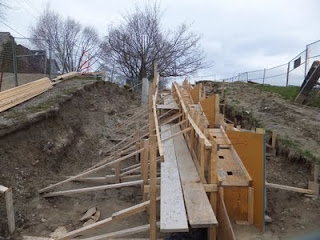 This is but one example of why one should be very, very wary of "Waterfront Trail" signs between Niagara-on-the-Lake and Cornwall.  This is what you hit after following the sign into 300m of loose sand.  (This is recoverable; that stuff to the left is a 30° bare earth slope you can walk your bike up, and lo!, there is a road.  But that 300m of loose sand/beach edge, etc?  Not a trail.) 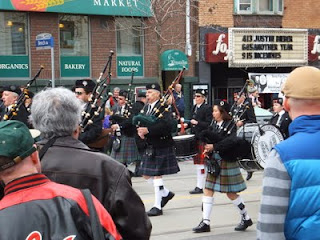 It's not a parade without a pipe band. 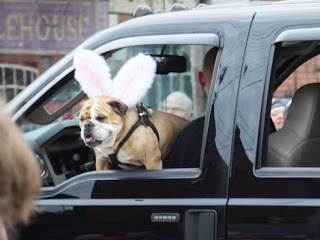 It's not an Easter Parade without inappropriate bunny ears. 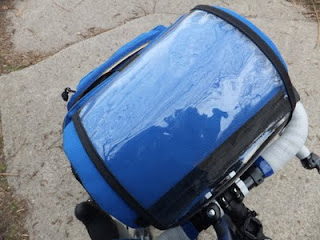 This looks really odd, but I didn't print out a map today, since "follow the lakeshore/Martin Goodman trail until you get bored" is not supposed to be challenging.  Next time perhaps I shall actually find Kew Gardens, and get some flower pictures.
Posted by Graydon at 17:50

Labels: birds, cycling, F550, one thing piled on another, the experiment