A day to go a-wandering

It was sunny, and warm—high of 5℃— as forecast, so I took me, my contact lenses, and my new attempt at a birding bag out to Tommy Thompson park to see what I could see.

The attempt at a birding bag is the Think Tank Change Up which has the considerable virtue of being deep enough for my binoculars, large enough to contain something like lunch as well as the binoculars, and not so large my tendencies toward bringing spare plumbing for the kitchen sink can get out of hand.  Oh, and it has what is essentially a book pocket, very important in a birding bag.

I'm going to redact my notes, rather than giving a species summary; I think that does a better job of conveying what the walk was like.

I saw, perched in a tree,  a juvenile red-tail before actually getting to the park.  Because juvenile red-tails have a fawn-and-black barred tail, rather than the red tail, and because it was facing dead away from me, I got quite excited that I'd managed to see an unusual raptor for a moment, and then the white scapular V registered.  It was still a good close view.

Getting to the park, I headed back out again along the eastern edge that leads into Ashbridges Bay, because I was trying to get a good enough look to tell what the substantial flock of ducks off in the distance in that direction were.
(This whole "what is that" impluse seems to get more pronounced with time.)

That turned out to be a well-distributed flock of at least 70 long tailed ducks; five bufflehead, three males displaying to two females; one surf scooter, a pair of Barrow's goldeneye (woot!), about five common goldeneye, about 20 gadwall, 12 mallards, at least 70 common merganser, and about 3 red-breasted merganser in amongst the commons.

About a km further out, there were antoher 10 red-breasted merganser, and an uncountable number of long-tailed ducks; widely distributed actively diving ducks take video equipment to get a decent count.  A certainly saw at least 20 surfaced at one time.

The first tiercel kestrel in a tree was a surprise; the second was somewhat astonishing. (Can't have been the same bird; the first flew while the second was in view, though not yet identified.)

The ice is still mostly in on the western, harbour-side tern platform cove/inlet, but not completely; there were 10 mallard and 2 bufflehead feeding in the patch of open water.

The ice is still there but not completely in front of the cormorant colony; there were 2 common goldeneye, about 35 scaup (I will claim greater scaup), 3 long-tail ducks, a dozen mallard and one possible black duck roosting on the ice, and five mallard in the water.

Cell 3—I think it's Cell 3, across the floating bridge from the cormorant colony—had more open water, and from the shape of the ice edges it's an honest-to-Tiwaz sound. (Presumably wind, rather than current, generated.)

There I observed one great black-backed gull, 9 herring gull, and a single ring-billed gull, all standing on the ice in tones of sullen disapproval; at least 30 long-tailed duck; at least 30 common golden-eye; at least 20 common merganser, at least 16 greater scaup, and at least 120 red-headed duck.

At which point I noticed that my hands were cold and that my gloves were missing, so I headed back.  It's amazing how effective walking quickly while angry with one's own stupidity is at keeping one's hands warm.

No luck with owls, despite looking (it might be too clement for owls on the spit, or it might be a bad year for bunnies, or, most probably, I might not know the first thing about finding roosting owls); I saw what I would have identified as black bear scat anywhere else, and have to suppose either a very large dog as ought not to be there (I did see one seeing-eye dog, but generally dogs are not permitted in the park) or that a coyote has been into the castor oil.

It felt far more like late March than mid-ish February; the ground isn't actually frozen and there is only remnant snow in locations the wind might have piled it two or more meters thick.  Buds are showing on pussywillow stems and willow trees generally; the beaver colony is clearly reproducing (and gnawing merrily on anything tasty); from the tracks, either there are blessed large coyotes or someone is bringing their dog into the park quite a bit and it's a big dog. (100 lb or so.)  I'd be delighted at the prospect of actual wolves in Toronto but I'm funny that way and wonder very much what even an 80 lb wild canid would be eating. (or maybe this is why there's a shortage of bunnies in the park this year...)  The water is very low; almost a metre below normal levels.  I shall have to hope the runoff from parts well north is good and the lakes pick up in the spring.

Displaying bufflehead drakes are amusing; displaying common golden-eye are comical, once one recognizes that, no, that duck is not being electrocuted. (Golden-eye have dark heads, white necks, and much fluffier heads than necks; they stretch their neck out as far as it will go backwards over their tail, and gape (and possibly quack; too far away to hear, and besides there were long-tailed ducks murpling away amongst themselves so making anything else difficult to pick out) while swinging their head forward into lunging position while bouncing up and down in the water.

While my spotting-scope continues to be much more useful with contacts than glasses, I am increasingly of the opinion that what I want is more reach. Preferably lots more reach.  The trick is remembering I'm going to have to carry any attempts at producing greater reach for distances of not less than 10 km from time to time. (Yes, I've been seriously thinking about using a Celestron C8 for terrestrial observation, but thankfully so far I've always then suffered a rush of sense to the head.)

Having no other plans for the day, I went down to the western section of the Toronto lake front, starting at the mouth of the Humber and proceeding generally eastwards, and looked at birds.  I saw 18 species in two hours, before I decided I was cold enough (major drawback of aluminium tripods, or at least carrying same, in the winter: one gets a very cold hand) to call it a day.

This is a fairly dull list, but being able to proceed at a measured pace and really look at things was good practice.  (I found the first bunch of gadwall that way; what's that one non-mallard?  Then it turned out there were four lurking under the shore edge and another dozen down the beach a ways.)  I have also found out that contact lenses make my spotting scope work a whole lot better; it doesn't really have, especially at greater factors of magnification, enough eye relief for glasses wearers.

The crows—five in a bunch, which would have been nothing before West Nile came through—were courtesy of a dead ground hog on the CN tracks just west of Parkside Drive.  There was a juvenile herring gull using the same "shake the claws off before swallowing" technique on a crayfish that this month's TOC meeting's speaker showed video of whimbrel using on fiddler crabs.  No trumpeters, but more than 20 mute swans.  I was especially pleased at getting examples of all three mergansers, including juveniles; I'm getting better at telling the females apart but benefit from practice.

The steady onshore wind was generating respectable swell, and the broken ice was chiming together like dull distant bells.  A much more spring-like sound than I would normally associate with the middle of February, but it goes well with flocks of swans.

"And whistled and roared in the winter alone" 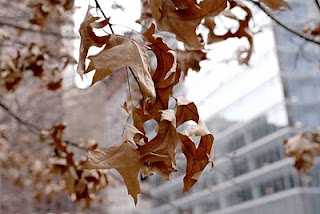 I'm referring to a Coleridge poem with the title.
It's processed more than I usually do, too, but I'm happy with it.
Posted by Graydon at 20:09 0 comments

The streetcar doesn't always stop where you want 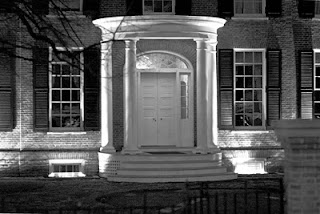 I would have prefered just that little bit further forward, but at least the window opened.  (shooting through the window glass in streetcars in winter is... rarely effective.)
Posted by Graydon at 20:27 0 comments

Labels: FA77, one thing piled on another, pictures 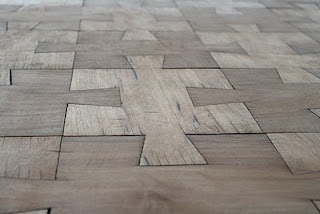 I rather like this one.  It's an outside wall decoration higher than my head, and I didn't get exactly the angle I wanted, but I still like the way the wood looks.
Posted by Graydon at 14:59 0 comments

Labels: DA35, one thing piled on another, pictures 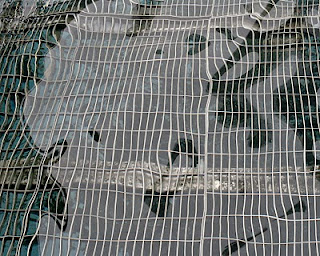 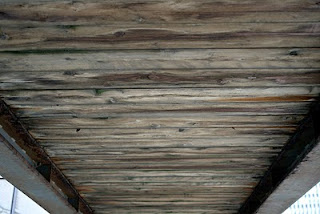 Labels: DA35, one thing piled on another, pictures

Rock doves are ubiquitous for a reason

All the bird-feeder books have a page or so on "birds need water".  And, sure, they need water, but it's not immediately obvious just how much until one seems something like this. 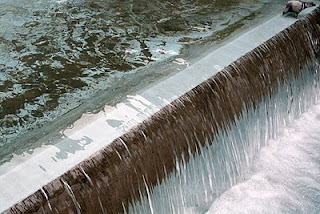 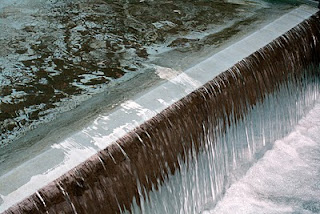 Moving water would be a wretched thing to get photographically obsessed with, really it would.
Posted by Graydon at 21:36 3 comments

Cool, even if it was a Canon

My quite splendid optometrist has acquired a device that takes pictures of your retina.  This is good for them because they get a bunch of filters that let them see things they couldn't see before, they get a larger viewing area than with the little hand-held light-and-viewer widgets traditionally used, and they get a lasting record of what things looked like last time.

My eyes are apparently healthy and I'm still able to focus effectively, so no bifocals quite yet.  New lenses because I'm slightly less short-sighted with age.  Also, contacts, so I can have less annoyance (I hope) staring through optical devices at birds. 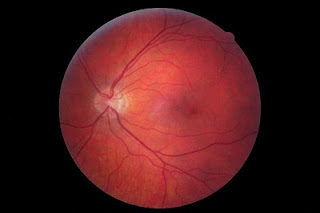